welcome to a web presentation of the History Museum of Czech Special Foces Paratroopers 8280 (in Czech "Muzeum historie českých speciálních sil Výsadkáři 8280") which is located in the Town of Mladá Boleslav in the Czech Republic. Exposition is dedicated to the history of Czech special forces, respectively the 601st Special Forces Group of General Moravec from the Town of Prostějov (with a codename Military Unit 8280). Due to actions and achievements done in operations, 601st SFG belongs to world's top military special forces units. The museum has shown gear and equipment of airborne and special missions troops since 1939 and is built in a close collaboration with the 601st Special Forces Group. Patronage over its opening was held by former commander of this unit, that time the director of Czech Military Intelligence, Lieutenant General Ing. Ondrej Páleník, MBA. 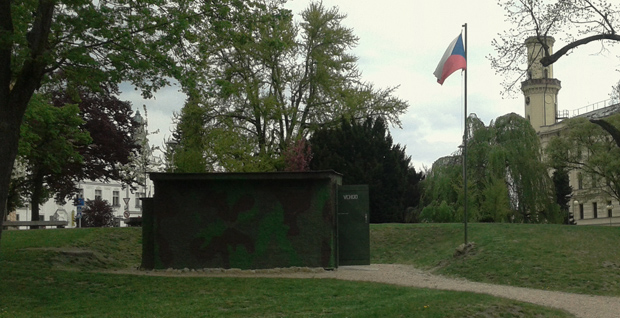 Our work honors exceptional people who have been participating in developing Czech airborne and special forces; people who served or still serve in the 601st Special Forces Group and its predecessors. We also extend exposition to paradesant operations from the west and the east conducted by Czechoslovak soldiers during World War II. Our intention is to show destinies of paratroopers and persons from the airborne and special operations units after the February of 1948 (Communists' coup) and the occupation events in the August 1968 related to Military Unit 8280.

We would like to address potentional interested people, who own World Waw II items of the Czechoslovak paratroopers or things related to their missions - please contact us in case of borrowing or donating. Thank you!